Hello everyone!
I hope you’re doing fine!
It’s been a while since I’ve written a TFD blog! Me and the entire TFD-team have been very busy the last few months with all kinds of things!
You will get more information about that in the near future. There are some very interesting projects in the making to celebrate our one year anniversary, at the end of November!
What I want to talk to you about is AUDNZD (Australian Dollar vs. New Zealand Dollar)! This is personally one of my favorite pairs. The patterns that are formed on this pair are always very clear. Once you’ve backtested this pair well you can literally ‘play’ with it. And we have played with this pair well around a month ago!
We opened a total of three positions over a period of 10 days. The first position was opened on 28/07/2020 and the last one on 06/08/2020. In just under two weeks we opened all of these positions! These were all long set-ups. The first position was closed for just over 6%, the second position was closed for 9% and the last position was closed for 2.5%. So in total we have achieved roughly 17.5% in 10 days.
We will now go over these positions!
FIRST POSITION.
This position was opened on the 28/07/2020. Below, you can find a screenshot of the trade that I’ve forecasted on the Sunday-market breakdown of 26/07/2020. The SMB is a recording that all our members can watch on Sunday-evening 7pm GMT. This way, they can see which positions I am looking to get involved in and of course, this way they can capitalize on these positions too while they are learning the TFD strategy!
Screenshot forecast SMB Weekly chart.

At the right top you can see a thick blue line, this is our Weekly TP that we have determined. We are targeting the 1.09550 region as our long-term target. Because of this target, we are only looking for buying set-ups (long set-ups in trading vocabulary).
Screenshot forecast SMB 4H-chart.

You can see that we are looking for a break of this descending trend line, this way we eliminate being ‘stuck’ in the 4H down-trend. We would love to see a break above that grey region. That way, we are clearly making higher high’s and higher low’s.
Screenshot 4H-chart after.

As you can see we have received a beautiful break of the descending trend line and we have retested that grey zone perfectly!
Screenshot of the TFD Academy after the trade has played out!

This trade has been closed at the end of the week after hitting the Daily TP for a little over 6%.
SECOND POSITION.
This position was opened on the 03/08/2020. Below, you can find a screenshot of the trade that I’ve forecasted on the Sunday-market breakdown of 02/08/2020.
Screenshot forecast SMB Weekly chart.

At the right top you can once again see a thick blue line, this is the same Weekly TP (1.09550) that we have determined last week in the SMB, we of course keep on looking for long set-ups. That way, we can really scale in and make huge returns on one movement! We are still targeting the 1.09550 region as our long-term target.
Screenshot forecast SMB 4H-chart.

You can see I was looking for long set-ups at the white region! This was a very important Daily Supply & Demand zone! I also wanted to see a break below the horizontal pink line. This way, I knew a lot of traders would get caught at the wrong side of the market. Retail traders will sell the market, banks and institutes will buy the market and we will too.
Screenshot 4H-chart after.

As you can see, the scenario that I’ve forecasted on the 02/08/2020 has played out perfectly and followed my drawings to the T!
Screenshot of the TFD Academy after the trade has played out!

This trade has been closed at the end of the week after hitting the Daily TP for a little over 9%.
THIRD POSITION.
This position was opened on the 06/08/2020. Below, you can find a screenshot of the trade that I’ve forecasted on the TFD Academy. The TFD Academy is a platform where I share the positions that I am looking to enter!
Screenshot forecast TFD Academy.

You can see the whole explanation on the screenshot! I want you to pay attention to the third picture on the screenshot above where I’ve mentioned that we wanted to receive a 1H Bullish close for the precise entry.
Screenshot of the TFD Academy after the trade has played out!

We took profit at the beginning of the correction for around 2.5%. Look to the second picture on the screenshot above. Look what happened to the price when we took profit, the market went to the downside… It is as important to know when to take profit as it is to know when to enter a trade at the right time!
LONG-TERM TARGET HIT!

As you can see on the first screenshot in this blog, we were looking to target the 1.09550 region as our long-term target. In the screenshot above you can see three vertical lines. Every line is an entry that we took. You can clearly see how we have squeezed every little bit of profit out of this trade! Having a clear long-term target is a vital aspect in trading! If you know how to predict those bigger moves well, you will have exponential returns before you know it!
I hope these screenshots really do motivate you. I hope that this blog opens your eyes and truly shows you that it is possible to really predict future market situations! Patterns will always repeat themselves, you just have to find them and know how to trade them!
This is the strength of TFD, we know our patterns, we have backtested them and right now, we can capitalize on them.
There is no secret to success, just put in the work.
Think different, trade different.
Armani-Rochas DecockThe Forex Dictionary team 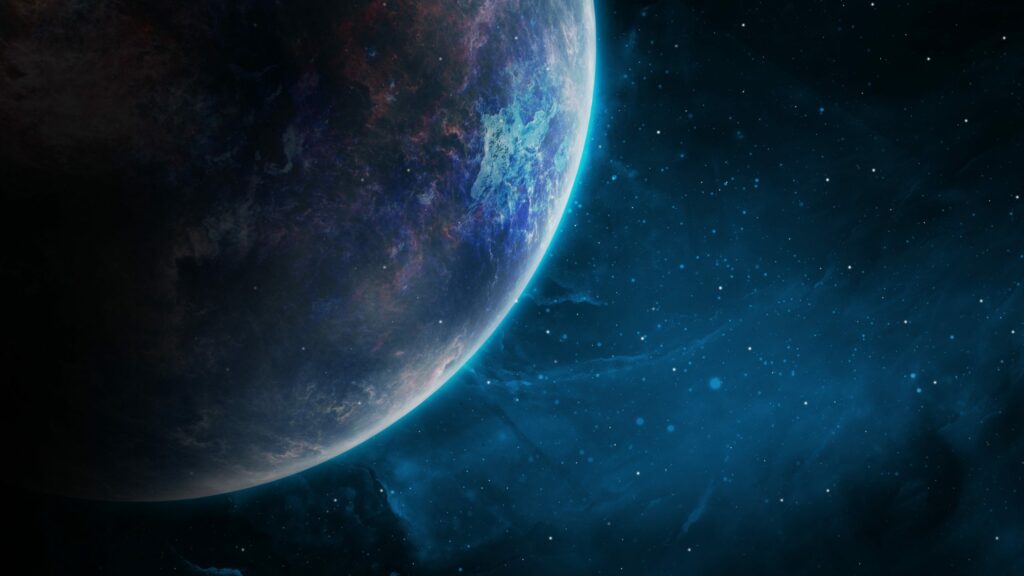 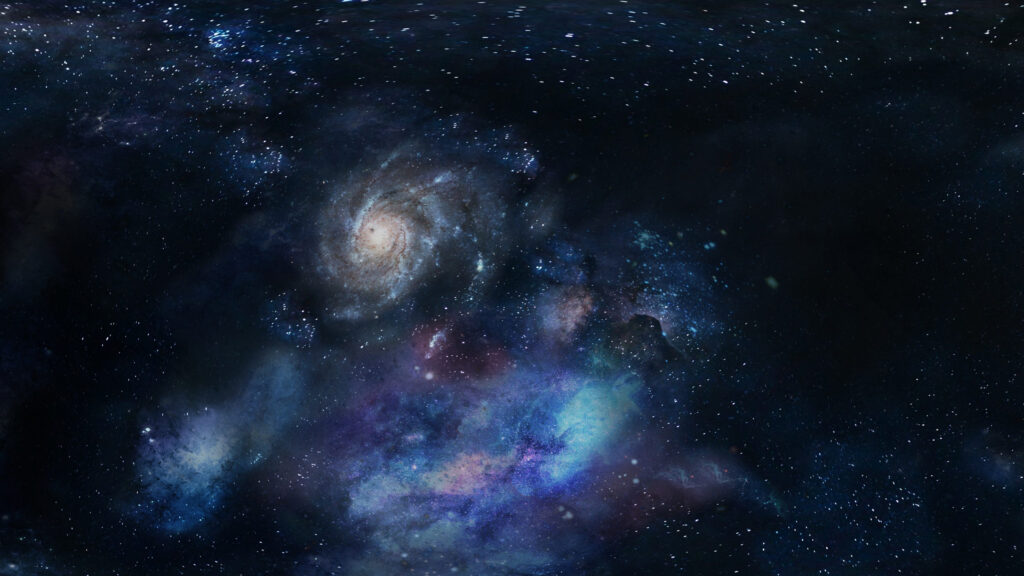 Hello everyone and welcome to The Forex Dictionary, I hope you’re having a wonderful day and I want to thank you for reading this blog!…

This website uses cookies to improve your experience while you navigate through the website. Out of these, the cookies that are categorized as necessary are stored on your browser as they are essential for the working of basic functionalities of the website. We also use third-party cookies that help us analyze and understand how you use this website. These cookies will be stored in your browser only with your consent. You also have the option to opt-out of these cookies. But opting out of some of these cookies may affect your browsing experience.
Necessary Always Enabled
Necessary cookies are absolutely essential for the website to function properly. This category only includes cookies that ensures basic functionalities and security features of the website. These cookies do not store any personal information.
Non-necessary
Any cookies that may not be particularly necessary for the website to function and is used specifically to collect user personal data via analytics, ads, other embedded contents are termed as non-necessary cookies. It is mandatory to procure user consent prior to running these cookies on your website.
SAVE & ACCEPT
<p><span class="8IJSCYxzr5A"><iframe loading="lazy" title="TFD Website Members 3" src="https://player.vimeo.com/video/511746686?dnt=1&app_id=122963" width="640" height="360" frameborder="0" allow="autoplay; fullscreen; picture-in-picture" allowfullscreen></iframe></span></p>
<div style="width: 100px;" class="wp-video"><!--[if lt IE 9]><script>document.createElement('video');</script><![endif]--> <video class="wp-video-shortcode" id="video-1840-1" width="100" height="500" preload="metadata" controls="controls"><source type="video/mp4" src="https://theforexdictionary.com/wp-content/uploads/2021/01/tfd-home-page_VSM79UyW.mp4?_=1" /><a href="https://theforexdictionary.com/wp-content/uploads/2021/01/tfd-home-page_VSM79UyW.mp4">https://theforexdictionary.com/wp-content/uploads/2021/01/tfd-home-page_VSM79UyW.mp4</a></video></div>
Clear Clear All